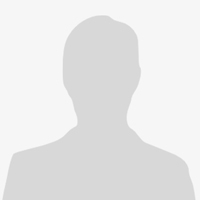 My upbringing in the natural world of Minnesota's wild places and nearly three decades of work in the restaurant industry have fueled a desire to explore new experiences in food preparation and hospitality. I am always eager to share my base of knowledge and develop new skills and perspectives taught to me by others.

Dedicated to sustainable agriculture and preservation of wild places

Opened five new operations, both counter service and full service, in the course of 18 months

Became familiar with and trained staff in counter service and food truck operations, both static and mobile

Established programs, menus and operations for catering and banquet service across seven establishments

Performed executive-level duties for seven operations including, but not limited to, cash management, staff training, food and beverage menu development

Hired and trained a staff of up to 10 cooks and chefs, many of whom have gone on to leadership positions in a vast array of restaurant kitchens across the United States

Established a culture of dedication, curiosity, kindness and accountability in both front and back of the house operations

Helped over a dozen local charitable organizations raise thousands of dollars through auction donations and participation in special events.

Aided in creating a conspicuous radio, television and social media presence celebrating our establishment's particular brand of dining and hospitality

Oversaw and directed kitchen staff of 12 and individual station assignments.

Restaurateur of the Year MSP Magazine 2007

Numerous other "Best of' restaurant awards and citations